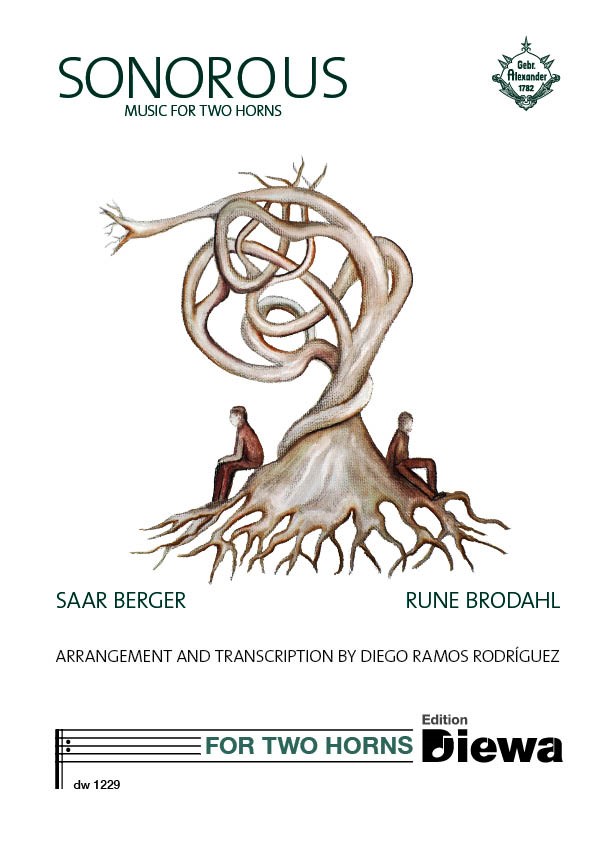 SONOROUS
Every notation is, in itself, the transcription of an abstract idea (Ferruccio Busoni). A score does not
retain the absolute truth about a musical work, it rather serves as a starting point for its various possible
realisations. The first arrangement of a piece of music occurs when the composer writes the ideas down
on paper. Moreover, every performance is in itself also an arrangement in a wider sense, a collaboration
between instrument, player and score which transports the music from the paper to the ears of the listener
and thus transforms its substance while trying to keep its essence intact. The great pianist, composer and arranger Kaikhosru Shapurji Sorabji said that a good arrangment expounds,
enlarges and amplifies matter and thought that has been left [...] to discover and reveal. What
I find exciting about this is that it opens the possibility to engage in a dialogue on equal terms with the
composer, where I can get to know the composer's music and tools, explore whatever meaning they have
to me and pass this meaning on to the performers. It is a task that requires subtlety, refinement, imagination
and authenticity and an important challenge as a composer. When Saar Berger and Rune Brodahl asked me to arrange the Chaconne for them, I immediately thought
about some questions Bach and his contemporaries had to deal with three hundred years ago: in order to
be able to write complex harmonies and rich polyphonic counterpoints for one single melodic instrument,
they transformed the diagonal playing techniques of the lute and adapted them to the violin and its
family among others. The technical limitations of the instruments were not a hurdle to overcome, but a
source of musical creativity which was used to shape compositional ideas and their final realisation. The
instrument-medium began to be used as an active component of the musical process rather than
a mere neutral tool to translate a score into sound. Having two horns at hand, I decided to apply the
same strategy: I would break, unfold and share all hidden voices, chords and arpeggios between the two
horns, remaining faithful to the original but incorporating another set of instrumental possibilities. In
thoroughly polyphonic pieces like Bach's Chaconne or the Andante from the 2nd Sonata, the two horns
melt and intertwine, jumping among three or four different voices and sometimes creating the illusion of
a third horn which is not there in reality. In some cases, passages which could never be played by a horn
alone (for example the long arpeggio chorals in Bach's Chaconne) are transformed into genuinely new
horn textures unimaginable for the violin. In other cases, like Telemann's Fantasie 1, Bach's Allemande
from the 2nd Partita, Biber's Passacaglia and Vitali's Chaconne, both horns take over one single melodic
line, amplifying it and building its own harmony out of the resonance of some of the notes, as if they were
playing in a large hall or a church. As a result, harmonic and melodic relations only potentially present in
the original come to the surface, revealing perspectives of listening that were not possible before.
Nevertheless, the most significant matter was to keep the essence of the original works and at the same
time go beyond a mere transcription. As a violin player, the intimacy of this solo pieces has influenced my
musical thought enormously: they involve a way of making and understanding music that is not present
in chamber or orchestral compositions. In the 18th century, this kind of music was meant be played at
home for personal entertainment, in private concerts for a small audience or sometimes in churches. That
influences the degree of compositional detail and refinement and the kind of inner virtuosity they require
from the performer (one could hardly imagine more different conditions from the ones where music for
brass instruments developed from: choral, symphonic, extrovert, often related to open-air events and big
audiences). For this reason I had to think of a way of bringing this intimacy to the horn duo, making both
performers not only play together, but interact as if they were one only instrument. In these arrangements,
whenever there is a dialogue, it is not a rhetoric one that creates a tension to keep the musical
interest; it is rather an internal one, where the two horns become the shadow of each other, smoothly
recreating an illusion of polyphony while playing big leaps and quick figures, and moreover integrating the
sound colour, dynamic range and long expressive phrasing of the horn in a kind of music which sometimes
requires lightness and flexibility. Saar and Rune's interpretation does not only manage that, but also
develops new ways of sound that enrich the expressive possibilities of the horn in a very personal way,
opening a field which takes the music of Bach, Telemann, Vieuxtemps, Vitali and Biber far beyond the
classical repertoire and deep into contemporary performance practice. DIEGO RAMOS RODRÍGUEZ