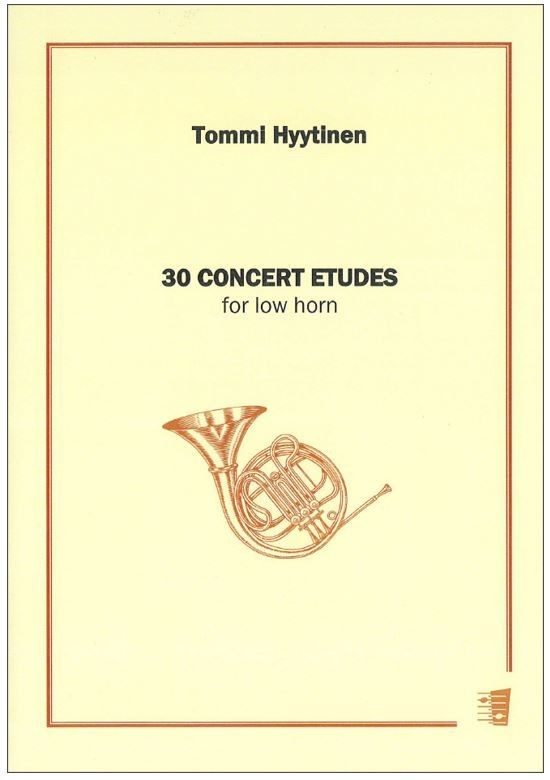 "I composed these 30 Etudes for Low Horn to be at the same time instructive and at the same time fun and interesting to play. The etudes consist similar technical challenges than a low horn player confronts in orchestra. The etudes also encompass many of the technical challenges that a horn player encounters in chamber music and in solo repertoire, especially since many of the touring soloists in the 18th and 19th centuries were Cor-Basse players. Some of these etudes are not the most serious in nature in the horn literature, but nevertheless they challenge and develop the playing technique in wide variety of ways. The ambitus of the etudes is very virtuosic, encompassing almost four octaves. Some of the etudes are more melodic and concentrate in lyrical phrasing, legato-playing, sound and intonation, others contain technically tricky passages, articulations and fingerings. Rhythmic accuracy and finding the groove' is of utmost importance in all of the etudes. The etudes develop the sound and control of the low register of the horn and flexibility between the registers. These 30 Concert Etudes work as individual pieces or as a set of pieces. You can for example choose a set of etudes and perform them in a concert or matinée. I hope you have as much fun practising and playing these etudes as I had composing them."